The model was running a little late the other day. No worries though, a family of deer wandered along to keep me company.

It’s warming up, and as I venture forth from my apartment hibernation, I see that my animal brethren have begun to emerge as well.

Sometimes I don’t do cohesive shoots, but just kind of snag the various things I see throughout the day.

My favorite part of juicing is when I fling the veggie and fruit pulp out our back door into the woods behind our apartment. It’s more eco-conscious than tossing it in the garbage, and sometimes it attracts squirrels to pose for photos. Bonus points of your cat then tries to chase said squirrels from the other side of a sliding glass door.

Damnit, Max! You said it was a couple friends, and you’d just be watching movies!

The deer got bold today. They wandered out from the woods and into the area by the pool.

Let’s start by looking at things from a purely objective standpoint and take a look at the numbers.

What do these numbers tell us? Well, they tell me that I need to do better. I While I have started writing, editing video, and dabbling more with graphic design, I haven’t come as far with branching my skills as I would have liked. And yes, I have been shooting daily, it hasn’t necessarily been what I want to be working on.

It might be fair to say that I’ve been… disconnected. After I graduated, I lost all of the resources available to me through the university. That doesn’t just include the photo gear and technology, but the connections though fellow students and teachers. Add all that to the fact that my car died early this year, and funds have been relatively low. So, with no money, no car, and no connections, it honestly felt like a year adrift.

But, those are just the numbers and the setup. What did this year in photos actually look like? (Be sure to click to open in theater mode. There’s a cut line for each one of these. )

I tried my hand at typography. I think that the Arabic went well with the design.

As I practiced more, I got better with this InDesign trick.

Putting the GoPro on its ‘Time Lapse’ setting and attaching it to my monopod quickly became one of my favorite tricks. This man doing Tai Chi was actually someone I had already met when I was doing a story on a local retirement community being convicted by their new management. I shot this when I was out on a photo walk with some new students when I was helping to run a workshop at the university.

A couple braves the first heavy snowfall of the winter to go grocery shopping. 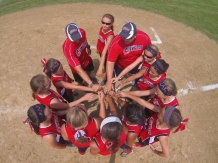 I got some work as a freelancer shooting sports.

My friend Lucy and I took some time to do a quick shoot down by the river in Kent.

I was inspired while I was juicing to take a stab at some more comedic still-life stuff.

I finally took the time to try HDR on one of my photos. It was actually easier than I thought.

shot these geese as part of my first solo wedding shoot.

A black bear photo I shot while accompanying Karen to the zoo with the children she babysits.

This photo is what I used to accompany my piece ‘Mrs. Gilley’s Garden,’ an editorial on the using photographs to connect with a woman suffering from dementia. The piece was run in multiple local papers, and I still receive compliments on it. I certainly have mixed feelings about the piece. What is happening to Mrs. Gilley breaks my heart, and I feel no shortage of guilt for the recognition I’ve been receiving for what I wrote. But, if it makes even a small difference in someone’s life, helps them better communicate and understand a friend or family member going through the same thing, then I’ve at least done a little good.

As a general rule, I hate my self portraits. This kind of works for me though.

Jordan shows up in a lot of my favorite shots of the year. She’s a fantastic model, great to work with, and I am so bummed that she moved so far away. 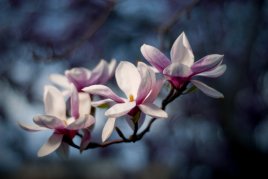 I didn’t think much of this when I shot it, but it’s been an absolute favorite of my friends and family.

A quick macro shot at the local orchard.

The book fort that I built with my friend Alyssa early last year was probably the most effort I put into the setup for a shoot.

I wasn’t allowed to take my DSLR into the Lindsey Sterling concert, so I shot what I could on my camera phone and edited it on the way home.

I lost track of how far I walked on the day I shot this. Totally worth it for some of the photos I got that

For someone who deemed herself “the most awkward model ever,” she didn’t do too bad here.

A cat from One Of A Kind Pets plays with my friends during a visit to the animal shelter.

I wasn’t allowed to take my DSLR into the Lindsey Sterling concert, so I shot what I could on my camera phone and edited it on the way home.

This year, I got to discover that I a man I knew through school was actually a pillar of the local art community. It turns out, I was the only one in the whole city with photos of the guy.

When stuck at my terrible call center job, I wrote haiku to keep my mind occupied.

I took this as a nature shot, and ran it through an InDesign filter. I wound up using it on a business card design. 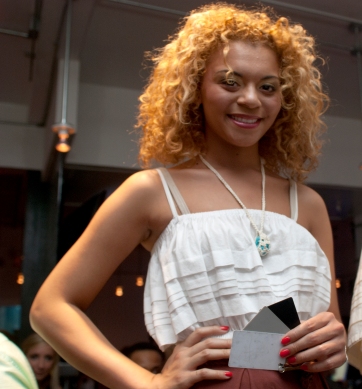 A model helped me with my grey cards as I shot one of the shows put on by the Kent Fashion School. 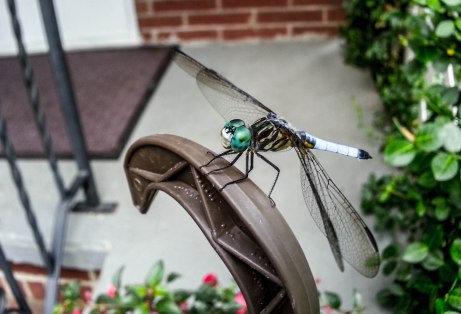 The quality of what I can do with my cell phone camera continues to surprise me. It’s fantastic to have when I can’t carry my full DSLR.

A pilot at the Kent Air Show. This photo became a part of the Lost in Oscar Hotel project. 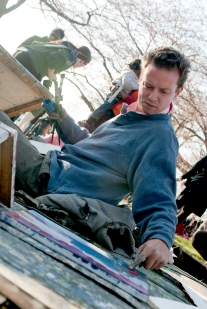 I went with my friend Alyssa to the cherry blossom festival. Going to DC and back within 24 hours was a bit of a challenge, but the road trip was worth it. DC is one of my favorite cities to visit. 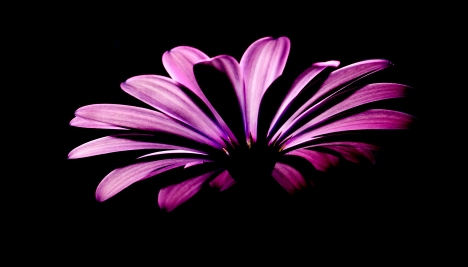 Another shot that I didn’t think much of, but got plenty of attention.

This is probably my favorite trace design conversion that I’ve done all year.

By a stroke of pure, dumb luck, I ran across a fawn while second shooting a wedding.

I took my friend Kyle along with me to this rock gig I was shooting. When he saw the photos, he asked if these were from the same concert, since they looked better than the event while it was live.

My friend paisley shows off one of her corsets. 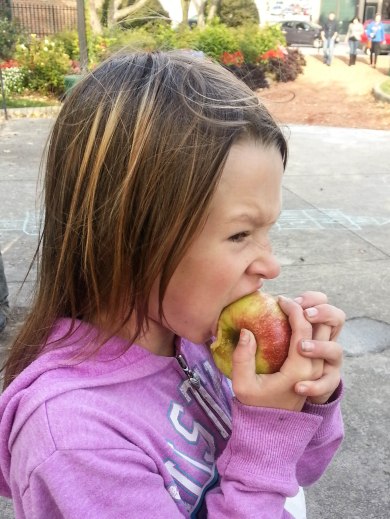 Not all of the apples made it into the cider. Part of a quick story package I put together on my phone complete with video.

A trick of perspective and a silhouette I sagged on my camera phone while on my break at work.

Jordan and I got to take over a local Harley Dealership for about an hour.

Proof that I should not be allowed to near Photoshop. 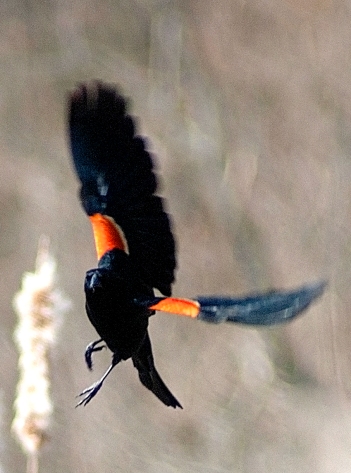 I got more into nature photography over this last year. I feel like there’s only so much I can do with my low-end telephoto though.

I shot a lot of photos to help out a music promotions class over at Kent State. The Electronic show was a great place to shoot shutter drag shots.

Where does that leave me? I wouldn’t call the year empty, and I can’t say there was nothing fulfilling.  I wouldn’t say that I didn’t grow, but I still feel like I could have been more. I feel like I’m falling behind my peers. All I can do is try to keep at getting myself off the ground this year.

I photographed this collision with my cell phone on my lunch break. Thankfully, there were no fatalities. The photograph was picked up by one of the local papers.

Still, with everything I shot this year, one photo stands out more than anything I did. It was the photograph I took on my lunch break with cell phone of the car crash. It reminded me how much I can care; not just about news, but about people. I had just finished Dave LaBelle’s Lessons in Life and Death, and learned just how much photographs of tragedy can help those involved cope and come to terms with those events. I felt like I had a responsibility.  It reminded me that no matter where I am, or what I’m doing with my life, that drive for journalism, and news is always there. I’m never going to give up.

The deer came wandering around the back of the apartment again. Since so many leaves have fallen off the trees, I was able to get some of the clearest shots I ever had of these guys.

Funny story, I accidentally formatted the card with these photos (as well as the Cat Day photos) before I realized that I hadn’t moved the files to the computer. After a mild freak-out, I remembered from an episode of the awesome This Week in Photo podcast, that a formatted card isn’t wiped clean; it’s just set to allow for new data to be written over the old. I went poking around online for some free recovery software. I eventually came across Ease US Software, which did the job well enough, didn’t cost me anything, and didn’t riddle my laptop with with various super viruses (that I know of). And thus concludes all of my plugging for this particular post.

I was going through my hard drive to find photos for a project and found a folder labeled “Photos to Save From Hard Drive Doom.” I thought that merited sharing.

I’ve been taking advantage of the summer weather while I still can. As a result, I now have a huge backlog of photos that need to be edited.  These were taken of the new fawn in the woods behind our apartment.

A new fawn has been showing up in the woods behind our apartment. It was so fulfilling to watch the little ones grow up last year.

This image, being shot with an off-brand 24-70, came out a bit murky. I did my best to get it all cleaned up, and create enough contrast between the fawn and the forest.

It’s been a crazy week. I even found a little fawn during a wedding shoot on Saturday.