Hey everyone. It looks like I’ve decided to break my hiatus with a fall foliage shoot. All of you remember Samantha Novak, right? She’s always a treat to work with and we both decided that we needed to sneak in a shoot to take advantage of the leaves while we could. and of course, she already had a   fairy costume that goes perfectly with the scene. I love shoots like this where I get to go crazy with different lighting setups and going all-out in post. After you’re done “liking,” sharing, and following this post, be sure to show Samantha some love over on her Facebook page. 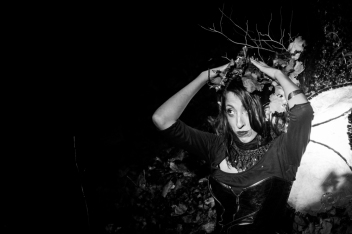 There’s a path about 200 yards from my house, and I always take the left fork to go towards town. But today, for the first time, Karen and I took the path to the right toward Ravenna. Not that it wasn’t beautiful, but the lack of landmarks means fewer interesting photos.

Maxine diligently watches the windows to let me know when the birds perch in the back yard.

I forgot to charge my GoPro for my bike ride yesterday. But, I managed to snag a few stills before the battery died.

Nice days are numbered! Already, the sun and cloudless skies belie the dropping temperatures! I must bike and shoot until the paths freeze over. 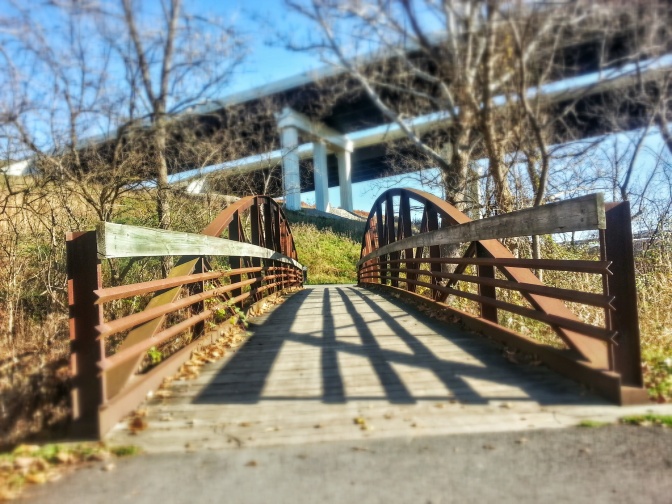 I was on my morning bike ride and I saw this gorgeous heron. Fortunately, I had the camera on my phone, unfortunately, the heron didn’t feel very photogenic. It flew about 20 feet down, so I followed it. Then it took off again, so I gave chase. This pattern continued about three more times until the poor creature just flew off entirely. I got some decent photos, but I can’t help but feel like a bit of a jerk.

With the weather changing, I just had to get at least one more bike ride in before everything freezes over. And what better ride than one that takes me through all of my favorite trails I took as a kid? I started in Kent, then Stow, Silver Lake, then the familiar Hike and Bike Trail all the way back to Kent. I shot a full video with my GoPro, but that’s still in the works. In the mean time, I’ve got some of the nicer single stills from the ride.

It’s warming up, and as I venture forth from my apartment hibernation, I see that my animal brethren have begun to emerge as well.

My friend Jen informed me that the blue herons are returning to the area, and now is one of the best times to shoot.  Well, the males, anyway. They fly back to the area in advance to prepare the nests for the females who will come later. I even saw a few fighting over prime real estate. Others were squatting down two or three to a nest, making me wonder if they were trying to get the others to move out through passive-aggressive sticky notes and not washing dishes like a nasty college roommate. Either that, or they’re just two dude herons on back from Massachusetts who have decided to settle down and start a nest together, and maybe adopt a few eggs. 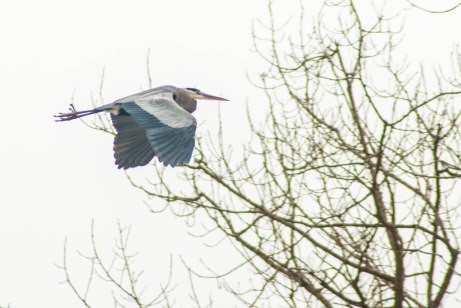 It’s worth mentioning that while I was out, I may have taken a step towards photo elitism out there.  I saw this a man with point-and-shoot trying to take pictures of the birds, and I wondered why he was even bothering with it. Something like that can’t get nearly the optical zoom one would need to shoot these birds from so far away, the sensor couldn’t be strong enough that there would have been any sort of clarity if he tried to enhance the image digitally, and there is no way that an automatic camera could have metered  correctly for the herons in the trees with so much sky blowing it out. And just was I was trying to wrap my head around this, a woman drove up in a minivan, roller her window down, and started shooting from the street with her iPhone! It blew my mind. Here I was with my Nikon D80, 70-300 lens, and monopod, and I still felt like I wasn’t properly equipped to get the shots I want.

Now, I’m not saying that one can’t get good, or even great, photos without top-of-the-line gear. Sometimes what you’re shooting means that you won’t end up with an unintelligible mess of a photo. I know that some people feel the obligation to shoot certain experiences, and I get that. But, you’re really only distracting yourself from from what you’re living now for a piece of posterity that you won’t even recognize in a month if you even think to look back through the photos at all.

This goes for you pros too. I make it a point to put my camera down every now and again and just soak in what’s in front of me. Not every experience needs to have photos. Some of them just need to be lived.